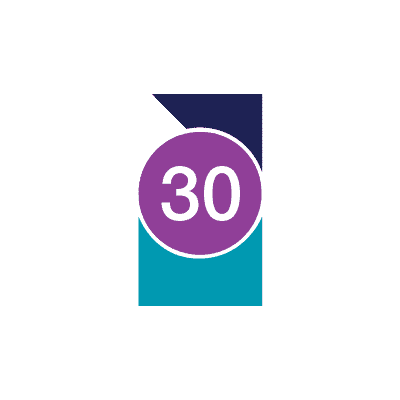 Sandra Morton, former Director of Sixth Form and Vice Principal, Impington Village College, helped to successfully embed the International Baccalaureate (IB) here three decades ago. Discover how the Diploma Programme (DP) opened her eyes to a richer vision of what post-16 education could be, with learning at the heart of the Sixth Form community:

“Just like in all good spy stories we realised we needed something by which we could identify ourselves. The person I had arranged to meet was also attending a Regional Conference for the first time. And the means of identification we chose? The Vade Mecum. Contrary to its name, this document was far from the handy little helper that you could carry around. As some of you may recall, it was actually a weighty tome sent to you through the post from IB. However, it served its purpose in the sense that we found each other at Stansted Airport but taking it on board was not too dissimilar to the carry-on weight allowance for the luggage we use today. We needed it with us, we were told, because we were attending the pre-conference sessions for new coordinators.

For us, both from the UK state comprehensive sector, the conference in Copenhagen was unbelievably glamorous. We were taken each day in boats from the hotel across the water to the conference centre, itself a converted warehouse characterised by shabby chic style and art works. (We were to later learn that all IB conference venues did not always match up to the same criteria on the aesthetic front but by then it didn’t matter – we were in and we were hooked!)

I had not introduced the IBDP at my school . That was the brave and visionary decision of the former Headteacher and former Head of Sixth Form. There were not many non-selective state schools in the early 1990s that were bold enough to take on something that was little known in the UK at the time. Also visionary was the decision to accept students from outside of the UK. This meant setting up a host family network. – plenty of hassle for the school for no financial benefit but the benefit came in the form of the students themselves. Students from the EU came to study with us plus some others whose families were based in Cambridge often linked to the Scientific community. They came to learn from us and we ended up learning from them. And by then I also had the privilege of being the Director of the Sixth Form. We were initially bemused as to why Polish students turned up to take their exams in business suits in a sixth form that had no uniform. I was taken aback when a Greek student came to see me to say that many of the other students were rude. When asked why, it turned out that it was because they did not always agree with their teachers’ opinions! We were also intrigued as to why the German students wanted permission to take photos and videos of the school fire drill. What could possibly be of interest? It was just 1,400 students walking in serried lines onto the field in total silence. This made a lot more sense when I was actually at a partner school in Germany when there happened to be a fire practice. We soon learned to adjust our thinking – not better, not worse, just different. International-mindedness was getting a hold on the teachers.

One other thing we began to realise was that while we had been focussing on growing the IB cohort and embedding the DP across the Sixth Form what we thought was this end result was really only a starting point. The DP opened up our eyes to a much richer vision as to what post 16 education can be. Accessing funds through the British Council we decided to be much braver. We set up a series of curricular projects and we took a team of students with us to most of the planning meetings so they could work with the students in the host countries. That was the criteria – any trip had to be of benefit to all students, not just the ones who travelled, and it had to impact on the curriculum back in school and not just on the Sixth Form. So, for example, we developed our History and Art curricula for children in Years 7 to 10 with a school in New Delhi. We examined water shortages in Zaragoza and we developed a scheme of work on Refugees and Asylum seekers that was taught in Sweden, Germany, Poland, Italy and Spain. This fed into our GCSE English Course on anti-racism and into our PHSE programme for the younger children.

The students continued to amaze. After returning from Spain a delegation of our overseas came to ask if they could be entered for Spanish ab initio, which we did not offer at that time. Because they had been to Spain and picked up some vocabulary , they felt, with some additional lessons they could take the IB exam. I pointed out that it was October in Year 2 and their final exams were only six months away. They already had their six subjects and in one case seven. This would not be possible. “Why not?” one asked,” it’s only a language.” I have never forgotten this. “Only a language”– a salutary lesson for everyone in UK schools. Even as a specialist language college most of our students still saw languages as being very difficult. Here was such a stark contrast in student attitudes which should put us to shame. I felt I had to let them take the ab initio exam and they dutifully came up trumps by proving me wrong in my initial stance and getting great results.

So whilst the students were playing their part what became clear is that the DP was as much for the staff as well. Staff turnover was very low – once you’ve been in an IB school it is very hard to leave. My own professional development was greatly enhanced by my participation with IBSCA. The IB Schools and Colleges Association was where I truly learned my craft. It gave me the chance to meet with other colleagues and ask the questions that you felt you could not trouble the Help Desk with because you should really know the answer. I then went on to serve on the committee and had the pleasure of running the association, a term of 10 years that is now coming to an end. Through IBSCA I have met many remarkable people. I also had the joy of serving on the AEM Regional Council – more remarkable people, more remarkable stories and the opportunity to put what you do and how you do it into context. Despite the huge budget cuts in the state sector, the obsessive focus on exam grades and an inspection regime that, at times, borders on the brutal, compared to many areas of the region we don’t have it so bad and have much to be grateful for.

But in the end the IB is about what happens on the day to day. At Impington Village College the DP put learning at the heart of the sixth form community for all of our students and not just those following IB. The attitudes that are embodied in the Learner Profile permeated throughout . Prior to that we had just a group of students studying a range of discrete subjects but the approach of the DP turned us all into a community of learners and that is very powerful. We had previously had students who studied History and Physics , for example, but we now had students who understood what it means to be a historian and a physicist because the teachers themselves had learned how to challenge and to develop students who could think more critically and independently. That truly allows for effective life- long learning. And , perhaps more importantly, we had students who not only recognised their obligations as global citizens but who felt excited at going out into the world to grasp these opportunities. So, different? Yes! Better? Definitely!”