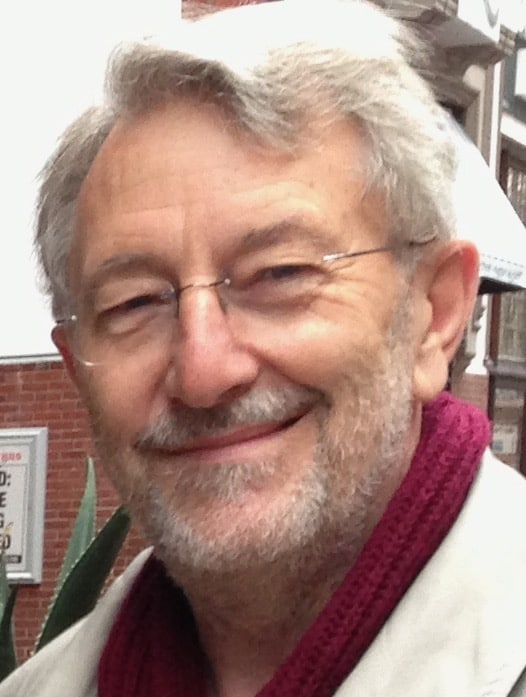 Kevin Purday, former Head of Sixth Form at Impington International College, was instrumental to the introduction of the International Baccalaureate (IB) here three decades ago. Discover what inspired the brave move to offer a lesser known education programme, what the key benefits of an international education are and his advice for students who are considering the IB:

Tell us about why you chose to teach at Impington International College?

When the Head of Sixth Form role became available in 1989, I was a Head of Year teaching at a comprehensive school in the North. Sixth Form students have always been my favourite age group to teach because of the mutual learning between the teacher and the student – we learn as much from them as they do from us! It was this passion for teaching Sixth Form students that influenced my decision to apply. I was delighted to be offered the role and started in January 1990.

What inspired you to introduce the International Baccalaureate at Impington?

The College struggled to differentiate itself from the other Sixth Forms in the city and our fundamental motivation for transforming the curriculum was to provide a robust alternative for prospective students. Heavily influenced by my personal experience of the benefits of an international education, Sylvia West (previous Principal of Impington Village College) and I discussed the IB on my arrival in January 1990 and quickly decided to pursue the accreditation.

What are your thoughts on the International Baccalaureate and what it offers students?

In my opinion, the IB offers students a profound educational experience, unlike any other. The programme is designed to develop skills, such as independence and inquiry, and the fact that students study a broad range of subjects, including Maths, until the age of 18, is highly advantageous. Tools, such as the extended essay, equip students with the academic skills they need to succeed in higher education whilst learning a foreign language transforms the way students view their world and cultivates an international mindset, which is so valuable in today’s global society.

What are the key benefits of an international education in your opinion?

International education delivers so many benefits for students! I’m particularly passionate about the positive impact of being exposed to new languages and cultures and how this develops students into well-rounded, global citizens. As an anthropologist, I’m astounded by the extremist views that exist in our world and a holistic, international education is crucial to developing tolerant, and internationally-minded, individuals. The IB cultivates this global mindset through its mission, philosophy and approaches to learning and teaching. I truly believe if everyone was to have an IB education, we would live in a much more peaceful world.

What is your most memorable moment during your teaching career at Impington International College?

With so many wonderful memories of my time teaching at Impington, it is difficult to choose just one! However, the adult education programme, which was offered at the Sixth Form in the early 1990s, is certainly one of my favourite recollections. Many of the adults were in their 70s and our younger students were able to benefit from their experience and perspectives during classroom discussions so their presence had a tremendous impact on learning.

What advice do you have for students considering the International Baccalaureate?

England is unusual, compared to many countries, in asking students to specialise at such a young age and the IB enables you to continue studying a broad range of subjects tailored to your strengths and interests. Universities love the IB because it develops valuable skills, such as academic writing, independent study and intellectual inquiry. In fact, half of the students at King’s College, London, have studied the IB, and one of my current students is a talented musician who will be studying Arabic, at Oxbridge, on a music scholarship. These are the opportunities that the IB provides students with.

How would you describe teaching the International Baccalaureate in three words?

Only three?! Embracing difference, whether this is culture, religion or language, and teaching tolerance and acceptance are key components of the IB. It also encourages critical examination and promotes greater knowledge and understanding so my three words would be tolerance, criticalthinking and enlightenment!